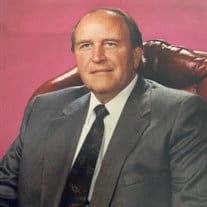 Wilbur G. “Bo” Smith, Jr. of Sarasota, Florida passed away on April 1. He was born in Savannah, Georgia to Virginia and Wilbur G. Smith. Grove graduated from Savannah High School in 1956, he attended the U.S. Navy Submarine School in New London, CT, the U.S. Naval Academy and graduated from Vanderbilt University in 1963. He joined the Norfolk Naval Shipyard in Portsmouth, Virginia in Nuclear Engineer Department rising to the position of Head Nuclear Engineer. In 1982, he joined American Electric Power as Plant Manager of the Donald C. Cook Nuclear Plant in Bridgman, Michigan. He was known for his quick wit and willingness to lead by example in any situation. While there, he was sponsored to the Sloan School of Management at MIT in Cambridge, MA. Subsequently he served as a loaned executive to the Institute of Nuclear Power Operations (INPO) where he served on numerous U.S. and international nuclear plant evaluations both as team member and team manager. Returning to AEP headquarters in Columbus, Ohio, he served in a variety of engineering management positions before retiring. He volunteered for Crisis Intervention Hotline and the Special Olympics. He was preceded in death by beloved parents, Virginia and Wilbur G. Smith and sister, Mary Margaret Maddox. He is survived by his devoted wife of 39 years, Christiana Smith of Sarasota, Florida, his children, W.G. Smith, III (Diana), of Nevada, Sandra E. Smith, and Kerry L. Weldon (James) of Florida, four grandchildren, six great grandchildren and his sisters Virginia Huber of Savannah, GA and Linda Larson of Charleston, SC. Bo enjoyed golf, snow skiing and a variety of other sports. He and his wife enjoyed traveling to over 40 countries and visited many National Parks throughout the U.S. A private graveside service will be held at Bonaventure Cemetery in Savannah, Georgia at a later date. In lieu of flowers, memorial contributions in memory of W.G. “Bo” Smith, Jr. may be made to Lutheran Services Florida, 5104 N. Lockwood Ridge Road, Sarasota, FL 34234 or St. Paul’s Evangelical Lutheran Church, 10 W. 31st Street, Savannah, GA 31401. Condolences can be expressed at www.bakermccullough.com.

The family of Wilbur G. "Bo" Smith, Jr. created this Life Tributes page to make it easy to share your memories.