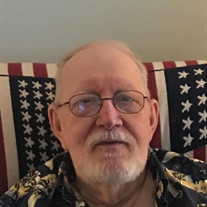 Wally Crews, 82, of Savannah, our beloved husband, father, grandfather, great grandfather, brother, uncle, brother in law and friend passed away February 1st 2021. As we mourn his loss we would like to share the amazing things he did while living on this earth. He loved his family and he loved the Masons. Mr. Crews was born on June 27, 1938 in Little Birch, WV, the son of the late Arthur Lee and Louise Freeman Crews. He was a 1956 graduate of Sutton High School in Sutton, WV. He was a veteran of the United States Navy where he was active with the Navy Seabees and was honorably discharged in 1960. He worked with Signature Flight Support where he retired as Operations Manager. He was a member and Past Master of Landrum Lodge #48, F. & A.M.; the Scottish Rite Consistory – Valley of Savannah where he was a 32° KCCH, Wise Master, and Venerable Master; the Alee Shrine where he was a member and Past President of the Hillbilly Unit; Past President of the Knights of Mecca; Past President/Past Commander of the National Sojourners, Heroes of 1776; Past District Deputy to the Grand Master, Georgia Grand Lodge of Free and Accepted Masons; a member of the Savannah Moose Lodge; member and Chaplain of Coastal Daylight Lodge; and a member of the York Rite Bodies. Mr. Crews is survived by his loving wife of 58 years, Nancy Crews; son, James “Mick” Sears (Linda); daughters, Melanie Chester (Al) and Tara Townes; brother, Phil Crews (Sarah); nieces, Lisa Miller and Teresa Hargrove; 5 grandchildren; 2 great-grandchildren; and family friend, Debb Munyas. Baker McCullough Funeral Home, Hubert C. Baker Chapel is assisting the family with a memorial service that will be held at a later date. In lieu of flowers, remembrances may be made to the Masonic Home of Georgia, P.O. Box 4183, Macon, GA 31208.

Wally Crews, 82, of Savannah, our beloved husband, father, grandfather, great grandfather, brother, uncle, brother in law and friend passed away February 1st 2021. As we mourn his loss we would like to share the amazing things he did while... View Obituary & Service Information

The family of Wally Crews created this Life Tributes page to make it easy to share your memories.

Send flowers to the Crews family.