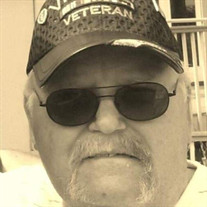 Thomas William Wedge, age 78, passed away peacefully at his second home in Bluffton, SC with his family by his side Sunday, June 5, 2022 after an extended illness. Tom was born in Carey, OH on October 16, 1943. He moved to Columbus, OH at a young age. For the past 30 years he has lived in Huntsville, OH where he still maintains a home Plans for a memorial service in Ohio will be announced later. Tom is a Vietnam Veteran and a graduate of Cedarville University. He also took classes at Central State and studied advanced courses at The Ohio State University (he is an extreme Buckeys fan) He retired from the State of Ohio Probation Dept. where he served at at the Champain County Court House investigating and writing presentence reports for the Judge. Tom was the author of "The Satan Hunter. He traveled throughout the country as an instructor for all levels of law enforcement (from police academies and departments to FBI agents). He has investigated and served as an expert witness on well known court cases. Tom's wife, Brenda Wedge of 55 years, have traveled extensively and worked together on many projects. Tom was a man of many interests and made himself available to help anyone in need. His positive attitude and great sense of humor made him a sought after speaker - he filled up any room. Tom loved the Lord, his country, his family and many friends. Tom is survived his wife, Brenda of Huntsville Ohio, his daughter Gloria and Chris Crane, grandsons Matt, Mark and Tim Crane of Bluffton, SC, his sister Syble Kunkel, nephews Mike, Matt, Mitch, Marty Kunkel and many friends. Tom is preceded in death by his grandson, David Crane, nephew Mark Kunkel , his father, Roscoe Wedge, mother, Margaret Casper, sister Shirley Hale, brothers Eddie, Don, Bob, John Wedge and half brother Ronnie Wedge. A funeral service will be held 11:45 a.m. Thursday, June 9, 2022 at Baker McCullough Funeral Home, 7415 Hodgson Memorial Drive, Savannah, Georgia 31406. A burial will follow at Beaufort National Cemetery, 1601 Boundary Street, Beaufort, South Carolina 29902 at 2:00 p.m. Romans 8:28 And we know that God causes all things to work together for good to those who are called according to His purpose In lieu of flowers, please consider making a donation toward the care of Tom's grandsons https://www.gofundme.com/f/the-care-of-tom-wedges-grandsons?utm_source=customer&utm_medium=copy_link&utm_campaign=p_cf+share-flow-1

Thomas William Wedge, age 78, passed away peacefully at his second home in Bluffton, SC with his family by his side Sunday, June 5, 2022 after an extended illness. Tom was born in Carey, OH on October 16, 1943. He moved to Columbus, OH at... View Obituary & Service Information

The family of Thomas William Wedge created this Life Tributes page to make it easy to share your memories.

Thomas William Wedge, age 78, passed away peacefully at his second...

Send flowers to the Wedge family.