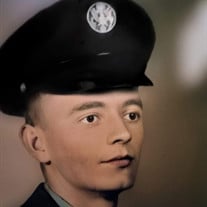 Thomas E. “Tommy” Taylor, age 88, of Savannah passed away Friday, June 25, 2021 at home surrounded by his family. Mr. Taylor was born on September 7, 1932 along with his twin sister, Marjorie in the Crisp community of Edgecombe County, NC. He was a 1950 graduate of South Edgecombe High School where he served as class President and later attended Armstrong College where in 1963 he earned his degree in business administration while serving in the United States Air Force. He entered the U.S. Air Force in 1953 and served in the Mighty 8th Air Force and later served with the 38th Air Division during the latter years of the Korean Conflict at Hunter Air Force Base along with Lt. Col. Paul Tibbets Jr., pilot of the Enola Gay. He also served in the 165th ALW, GA Air National Guard and is a member of the Savannah Area Flying Air National Guardsmen (SAFANG). He received numerous awards and medals including the USAF Outstanding Unit Award with 3 clusters. In 1954, he met his wife, Judy at South Gardens Christian Church and they were united in marriage in 1956. After his rebirth into the Lord on New Years Day in 1950, he served the church in many capacities including choir member, worship leader, youth ministry, Deacon, Elder, and board chairman along with his wife, Judy. His work career included service with the GAANG, the Landings Association, Seatrain Lines Shipping Company and Durham Life Insurance Co. He was always a sports enthusiast and played tennis from the time he retired in 1986 until his passing. During the decade of 1990, he won the Savannah Banana and the Georgia Games Tournaments 6 of 7 years and was runner-up once. He was nominated for the Greater Savannah Sports Hall of Fame. Mr. Taylor was preceded in death by his loving wife of 63 years, Jewel “Judy” Taylor; his parents, Jim and Margaret; and 11 siblings, Maggie Nola, twins JT and Betty Lee, James Edward (Hazel), Reba Morris (Jody), Fannie Ethel Gardner (Max), Doris Harrell (Ben), Martha Etheridge (LG), William (Elaine), John Allen, and his twin sister Marjorie. He is survived by his children, Mike (Janice), Bobby (Julie), Joni, Russ (Lisa) and Margaret (Chad); 13 grandchildren; 11 great grandchildren; and many nephews and nieces who still reside in his home state of North Carolina. A funeral service will be held at 12:00 noon, Monday, June 28, 2021 at Baker McCullough Funeral Home, Hubert C. Baker Chapel, 7415 Hodgson Memorial Drive, Savannah, GA 31406. The family will be receiving friends from 11:00 a.m. until the time of the service. A burial with military honors will take place at Greenwich Cemetery at a later date. In lieu of flowers, remembrances may be made to Compassion Christian Church- East Campus or Kindred Hospice.

The family of Thomas E. "Tommy" Taylor created this Life Tributes page to make it easy to share your memories.

Send flowers to the Taylor family.