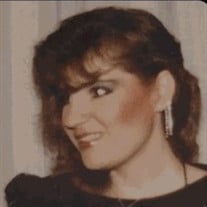 Tammi Kay Grace (formerly Cigler and Abbott) passed away peacefully in her sleep at her home in Pooler Georgia on September 22, 2021. Tammi was a devoted mother, grandmother, sister, and wife. She raised two wonderful daughters whom she loved dearly and put above all else. She held a B.S. and a M.S. in Education from the State University of New York (SUNY) at Oswego. She pursued multiple careers, each one oriented in helping people and making a positive difference in the world. She started as a Radiology technician and worked the majority of her life as a beloved schoolteacher in the city of Oswego. As her children grew older, she transitioned back into the medical field, holding leadership positions in the Finance departments of Oswego Hospital and SUNY Upstate in Syracuse. Tammi was a glowing and positive spirit that radiated kindness and happiness. She made a difference in so many lives lighting up the world around her. Strangers would approach her to chat, and children especially loved her. At the community pool they would ask her to play and teach them how to swim. She always made everything fun. She loved crafting and creating artwork on many formats and media. Tammi also had a green thumb. She loved saving sick plants and nursing them back to health. After retirement she spent time doing volunteer work with Pooler Paws, which rescues stray cats. She was beautifully gifted in music, playing several instruments and blessed with a beautiful singing voice. She loved to sing to her children, grandchildren, and anyone that would listen. She even performed with the Buffalo Philharmonic Orchestra at a young age. A devout Christian, her angelic voice also filled the church each week. Tammi grew up in Cuba, NY and moved to Oswego where she spent most of her life and raised her daughters. She then moved to Baldwinsville and married her husband, Ronald Grace. After retiring in April 2019, they moved together to Pooler, Georgia, a suburb of Savannah. She is survived by her loving family; husband Ronald Grace of Pooler, GA; daughter Jennifer Cigler of Boston, MA; daughter Michelle Petrie, and grandchildren Miya Kay Sheldon (named after Tammi Kay) Colten John Petrie, and Finlay Richard Petrie (named after Tammi's Father, Richard Abbott) all of Oswego, NY; sister Vicky (Robert) Ross of Elmira, NY; brother Darwin-Ace (Nancy) Abbott of Wilmington, NC; Her beloved nieces and nephews, Nathan Abbott, Aaron Abbot, Bill Ross, Steven Ross, their wives and children. She is predeceased by her mother, Beverly Abbott and father Richard Abbott of Cuba, NY. Calling hours are on Saturday, October 30, from 1 to 3 at Baker McCullough Funeral Home at 2794 West Highway 80, Garden City, GA 31408. Donations in lieu of flowers can be made to Upstate Golisano Children’s Hospital in Syracuse, NY. Please sign our online guestbook at www.bakermccullough.com Services have been entrusted to Baker McCullough Funeral Home Garden City Chapel, 2794 West US Highway 80 Garden City, GA 31408. (912) 964-2862. www.bakermccullough.com

Tammi Kay Grace (formerly Cigler and Abbott) passed away peacefully in her sleep at her home in Pooler Georgia on September 22, 2021. Tammi was a devoted mother, grandmother, sister, and wife. She raised two wonderful daughters whom she loved... View Obituary & Service Information

The family of Tammi Kay Grace created this Life Tributes page to make it easy to share your memories.

Send flowers to the Grace family.