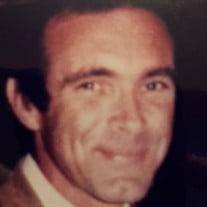 On December 30, 2020, the force that fueled Stephen C. Ansley was transferred to the heavenly realm. His life began on January 18, 1952 in Savannah, GA. Mary Frances Barber Ansley nurtured her son, the dreamer, while Frank Ansley anchored him to the virtue of responsibility. Stephen's childhood passions included acquiring canine friends, exploring the outdoors, hunting, and running on his school's track team. As an outstanding athlete, he received many honors - the pinnacle being the 1970 presentation of the Golden Helmet Award by Johnny Unitas. Stephen was a 1971 graduate of Jenkins High School and attended The Citadel. Out on his own, Stephen became a master craftsman in the field of marine construction. For over 40 years, he traversed the rivers of the Low Country building thousands of docks along the coasts of Georgia, South Carolina, and Florida. He enthusiastically shared his accumulated knowledge of the coastal terrain. He was a master soul worker. With his carefree, playful spirit, Stephen was beloved "Pappy" to an abundance of youth. He welcomed the disheartened and the troubled into his heart, both the two-legged and the four-legged. His home that he shared with Mindi Morrall was an oasis of love, celebration, and wonder. Stephen had an eye for photography, a green thumb, and dancing feet. He adored fresh, home-cooked meals, lively company, full moon boat rides, treasure hunting, and story telling. Stephen was preceded in death by his parents and brother Kevin. He is survived by his daughters Amy Atao (Seavy) and Chantelle Kirk (Carey); his grandchildren Ve O'Neal, Gabriel Kirk, and Dolan O'Neal; his siblings Timothy (Gale), Colette (Gary), Dr. Gregory (Bobbie), Michelle, Renee (Bill), and Jeff (Kathleen); numerous nieces, nephews, and dear friends. Services will be private. Contributions can be made to the Humane Society.

On December 30, 2020, the force that fueled Stephen C. Ansley was transferred to the heavenly realm. His life began on January 18, 1952 in Savannah, GA. Mary Frances Barber Ansley nurtured her son, the dreamer, while Frank Ansley anchored... View Obituary & Service Information

The family of Stephen C. Ansley created this Life Tributes page to make it easy to share your memories.

Send flowers to the Ansley family.