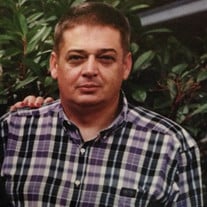 Malcolm L. Kendrick, age 71, passed away Monday, March 28, 2022 after his battle with recovering from COVID. Malcolm was born in Savannah, Georgia to the parents of Mary Cecile Kilpatrick and Malcolm Eugene Kendrick. He was a graduate of Windsor Forest High School Class of 1969. At 19 years old, Malcolm followed his fathers footsteps and joined the City of Savannah Police Department. He worked within the department as a cadet in communications because he was not quite old enough to carry a weapon. He then took a leave of absence to join the United States Army. Malcolm left Savannah to serve our country in the Vietnam War Era for two years. Upon returning to Savannah, he once more continued his work for the City of Savannah Police Department. Throughout Malcolm's career, he worked for Bloomingdale Police Department, Chatham County Police Department, and Savannah Chatham Metropolitan Police Department. After 47 years of service, Sergeant Malcolm L. Kendrick received his last radio call before retiring from the Police Department. After retirement, he served as a Blue Coat at the Chatham County Courthouse for several years. Malcolm's world revolved around his wife of 52 years, Caroline Unser Kendrick, and their four daughters. His love for music inspired him to form a band called, “The Lamp Post”, where Malcolm played the drums. He loved to vacation, and go on cruises. He especially did not mind if those vacations and cruises brought him a little closer to a casino or two. Later in life, he fell in love with becoming a Papa to his wonderful grandchildren and his beloved "grand-dogs". He is preceded in death by his parents; his two sisters, Cecile Brigdon, and Margaret "Peggy" Antink; and his brother, James “Jimmy” Kendrick. Malcolm is survived by his wife, Caroline Unser Kendrick; his four daughters, Stacy (Carl) Sites, Kelly “Bink” Kendrick, KaDe Kendrick, Amanda (Corey) Harrison; three grandchildren, Shaun, Shane, Kaleigh Sites; and many nieces and nephews. A visitation will be held at Baker McCullough Funeral Home, 7415 Hodgson Memorial Drive, Savannah, Georgia, Friday, April 1, 2022 at 6:00 p.m.. A memorial service will begin at 7:00 p.m. directly following the visitation.

Malcolm L. Kendrick, age 71, passed away Monday, March 28, 2022 after his battle with recovering from COVID. Malcolm was born in Savannah, Georgia to the parents of Mary Cecile Kilpatrick and Malcolm Eugene Kendrick. He was a graduate of Windsor... View Obituary & Service Information

The family of Sergeant Malcolm L. Kendrick created this Life Tributes page to make it easy to share your memories.

Send flowers to the Kendrick family.