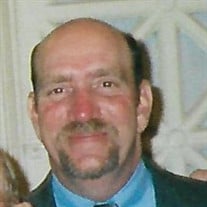 Ronald Joseph “Ronnie” Tomazin, age 67, of Savannah passed away Saturday, March 26, 2022 at home. Mr. Tomazin was born on May 12, 1954 in Savannah, the son of the late Joseph Carl and Doris Marchant Tomazin. Ronnie was a 1972 graduate of Savannah High School and later began his career with International Paper, retiring after 48 years of service. He was a member of the International Brotherhood of Boilermakers Local 26. He was raised as a member of Morningside Baptist Church and was a lifelong Southern Baptist. He was a senior member of Cecil Cheves Chapter, Order of DeMolay where he later served as the Chapter Dad and was the 1998 – 1999 State Chapter Dad of the Associated DeMolay Chapters of Georgia. He was also a member and Past Master of Zerubbabel Lodge #15, F.&A.M. Ronnie, also known as “Dad T” to numerous DeMolay boys was a “Dad” to many, including Frank J. Schwanebeck, Jr. and was “Granpa” to Frank’s children, Cooper and Addison. In addition to his parents, Mr. Tomazin was preceded in death by his sister, Wanda Doris Tomazin. He is survived by his brothers, Donald J. Tomazin (Susan) of Rincon, GA and Roy C. Tomazin (Debbie) of Register, GA; nephews, Joseph G. Tomazin (Whitney) of Greensboro, NC, Ross T. Tomazin (Maribeth) of Savannah, Reid A. Tomazin of Statesboro, GA; and niece, Rachel L. Tomazin of Waverly Hall, GA. The family will be receiving friends from 5:00 – 7:00 p.m., Tuesday, March 29, 2022 at Baker McCullough Funeral Home, Hubert C. Baker Chapel, 7415 Hodgson Memorial Drive, Savannah, GA 31406. A funeral service will be held at 1:00 p.m., Wednesday, March 30, 2022 at Baker McCullough Funeral Home, Hubert C. Baker Chapel. Burial will follow at Forest Lawn Memory Gardens with Masonic Rites. Pallbearers will be David Ambrose, Wendell Boyes, Carl Hamm, Ken Bragg, Cliff Durden, and Maurice Lovett. Remembrances may be made to the Masonic Home of Georgia, P.O. Box 4665 Macon, GA 31208 or to the United Way of the Coastal Empire, 428 Bull Street, Savannah, GA 31401.

The family of Ronald Joseph "Ronnie" Tomazin created this Life Tributes page to make it easy to share your memories.

Send flowers to the Tomazin family.