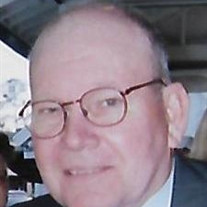 Richard W. Bartels, age 75, of Savannah passed away Friday, November 19, 2021 at home. Mr. Bartels was born on April 11, 1946 in Bradenton, FL, the son of the late William and Grace Bartels. He was a veteran of the United States Army, serving during the Vietnam War. While in Florida he was the owner of Barco Mechanical, specializing in heating, air, and plumbing services. After moving to Georgia he worked as a civilian employee with the Federal government. After retirement he was convinced by his son to help come run his business so that they together could make it successful, which as you can imagine is to this day and where his presence and awesome stories are missed. He was an avid sailor who loved to be on the water and was determined to see every lighthouse on the east coast, which he did! He loved his Florida State Seminoles and rarely missed a game. He was active with the Boy Scouts of America where he served as a Troop Leader and was also a member of the City of Savannah Disability Rights Board. He was also a member of Wesley Monumental United Methodist Church. Mr. Bartels is survived by his loving wife of 51 years, Joan E. Bartels; son, Richard “Duane” Bartels (Desiree); his stepmother, Emily Bartels; brother, Eddie Bartels; sisters, Bonnie Heil (Charlie) and Barbara Griffith (Kenny); granddaughters, Bella Grace and Emma Rose; and many, many nieces and nephews that he so dearly loved. He was preceded in death by his brother, James William Bartels. A memorial service will be held at 3:00 p.m. and the family will be receiving visitors at 2:00 pm. Monday, November 29, 2021 at Wesley Monumental United Methodist Church. In lieu of flowers, remembrances may be made to Wesley Monumental United Methodist Church, 429 Abercorn Street, Savannah, GA 31401 or to the Shriners Hospitals for Children, Attn: Processing Center, P.O. Box 947765, Atlanta, GA 30394. Baker McCullough Funeral Home, Hubert C. Baker Chapel is assisting the family.

Richard W. Bartels, age 75, of Savannah passed away Friday, November 19, 2021 at home. Mr. Bartels was born on April 11, 1946 in Bradenton, FL, the son of the late William and Grace Bartels. He was a veteran of the United States Army, serving... View Obituary & Service Information

The family of Richard W. Bartels created this Life Tributes page to make it easy to share your memories.

Send flowers to the Bartels family.