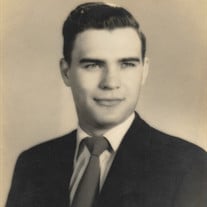 Raymond Donald Terry (89) died at home on May 4, 2022. He was born in Savannah on November 23, 1932. He was a rare only child born to parents with large families. His father known as Jack, was a master printer, who moved the family around the Low Country during Raymond’s childhood, working for local newspapers and presses. His mother Maudie, was a homemaker who doted on her only child, probably a little to much. Raymond privately married his beloved wife Pat in 1952 with only his first cousin Barbara as a witness. A stubborn pair, they did precisely as they wished for the entirely of their life together and god help anyone who got in their way. He enlisted in the Air Force after high school. He was a man who was proud of his military service. He served in the United States Air Force during the Korean Conflict and retired after 23 years at the rank of Technical Sargent from the Air National Guards. He was awarded the Ambassador for Peace medal from the Republic of Korea and his name is immortalized on the United States Air Force Memorial in Washington DC. His first child, Sandra Gail was born while he was stationed in Japan during the Korean Conflict. They welcomed their second child Donald Allen a few years later. Raymond, Pat and their small family settled in Savannah where he went to work at Union Camp now know as International Paper. He retired from Union Camp after many decades as a forklift operator. Raymond spent his golden years camping, reading, woodworking, playing Nintendo games (while creating his own cheatsheets), and taking as many pictures as he could, mostly of his dogs but sometimes of his grandkids. He was a devoted husband to his wife, Pat for 69 years. Often he would say, "We just had a courthouse wedding, but i think it stuck pretty good." He had a wicked sense of humor that could definitely be called mischievous. Not only did he share jokes he found, but he wasn't above playing pranks on others. He was generous. He would help you with a problem or even an inconvenience if he thought of a way to fix it or had the means to change a situation. He was a man who loved fiercely and with devotion. He didn't necessarily express it in a demonstrative way, but he showed you with his actions. He showed his love by providing for his family, fixing a broken car, making a bookshelf, mixing up some BBQ sauce, by letting a grandchild hang around while he worked on a project in the garage, or by taking everyone to Dairy Queen for a blizzard. By no means was he perfect and he could definitely be stubborn, but he loved his family and will be extremely missed. Raymond Donald Terry was proceeded in death by his beloved wife Patricia Ann Hodge, his parents Jacob Miles Terry and Maudie Elisabeth Covington. He leaves behind his daughter Sandra Durden (Danny), son Donald Terry (Lynda), grandchildren Jason Paul (Glory), Amber Buchanan (Brian), Michael Durden, Amanda Durden (Annabelle), Kristen Warmack (William), Raymond Miles Durden, great grandchildren Aria and Hazel Warmack, and his cousins Barbara Lawson and Quinnie Williams. Baker McCullough Funeral Home, Hubert C. Baker Chapel is assisting the family with a private graveside funeral service.

Raymond Donald Terry (89) died at home on May 4, 2022. He was born in Savannah on November 23, 1932. He was a rare only child born to parents with large families. His father known as Jack, was a master printer, who moved the family around... View Obituary & Service Information

The family of Raymond Donald Terry created this Life Tributes page to make it easy to share your memories.

Send flowers to the Terry family.