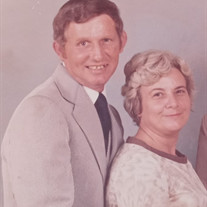 It is with a heavy heart we announce the passing of our beloved mother, grandma, and friend to all who knew her. Phyllis Marie (Carlisle) Shaeffer, 86, of Savannah, GA passed away on January 16, 2022 at St. Joseph's Hospital. She was born on June 2, 1935 in Harrisburg, Pa. She was an only child to George and Nellie Carlisle. She grew up on her family's farm outside of Hershey, PA. As a child she would gather all the neighborhood kids and they would walk over 3 hours to Hershey just to watch a movie. They did this so often that Phyllis was able to convince the movie theater owner to let them in one day a week for free! At age 10 she was diagnosed with polio. The doctors didn't think she would make it. Her family was preparing for the worst. Against all odds she would prove them wrong. This would not be the last time she did so. As an adult Phyllis made it a point to write to every President and tell them what they were doing wrong, and what she thought they should do. This put her on the FBI watch list multiple times. None of us were surprised. One President actually gave her his direct number because he valued her advice! She was not a woman to mince words! She was a mother of 5 - Laurel Bond, Michael, Paul, Eugene, and Daniel Shaeffer. At one point she and her husband, Richard, took in her two very young cousins for a short time because their mother was unable to care for them. She also took care of her mother and her husband until they passed, all this while she was working nights as a CNA who took care of elderly people. She worked until she was 59 years-old. She lived with her youngest son and his wife, Daniel and Wendy Shaeffer, until the very end. She was a strong and stubborn woman. It didn't matter if she was sick, or if the doctors told her not to do something. If she felt like it needed to be done she was up and doing it herself. She was not a woman who liked to sit by idly. Phyllis Shaeffer was very fulfilled with her life. She always had a story about something exciting she did, or somewhere amazing she travelled. She helped a lot of people along the way and she helped even more people find their way to Christ. We should find peace in knowing that she is in heaven with her mother, husband and two sons, Michael and Eugene. A memorial service will be held Saturday, January 22, 2022 at 12:00 p.m. at Baker McCullough Funeral Home, 7415 Hodgson Memorial Drive, Savannah, GA 31406.

It is with a heavy heart we announce the passing of our beloved mother, grandma, and friend to all who knew her. Phyllis Marie (Carlisle) Shaeffer, 86, of Savannah, GA passed away on January 16, 2022 at St. Joseph's Hospital. She was born... View Obituary & Service Information

The family of Phyllis Marie Shaeffer created this Life Tributes page to make it easy to share your memories.

It is with a heavy heart we announce the passing of our beloved...

Send flowers to the Shaeffer family.