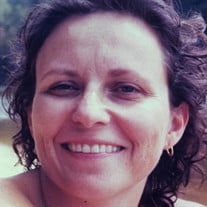 Patricia Ann Terry passed away peacefully at home, on Monday November 8th, 2021, surrounded by her beloved family. Patricia Ann Terry, affectionately known as Pat, was born in Statesboro, Georgia on February 22, 1934 to loving parents, Georgia Mae a homemaker and Jessie Edwin Hodge a painter. She graduated from Commercial High School in Savannah, Georgia. After which she married her childhood sweetheart Raymond and welcomed her first child immediately following his deployment to the Korean War. Pat was an accountant by trade and worked with Derst Bakery here in Savannah until her retirement to transition into her true calling which was as a full time Grandmother. She was a dedicated Grandmother of the highest order. You could find Mrs. Pat in the front row of any of her grandchildren’s school activities or taking them out for an adventure all over town. She was an avid camper and taught her brood how to swim, light a fire, enjoy a nice beer in a hammock or waterski, whichever activity the day presented. No stranger to the finer delicacies of life, Pat was quick to join anyone on a dancefloor or table, after a few drinks that is, as long as you could do the jitterbug. Pat was a self-taught and accomplished home cook who enjoyed sharing her passion for food with anyone that had the pleasure to visit. Like a true Grandmother, you rarely left her house without having tried a lovingly prepared concoction. Pat was an all-around crafting queen. Learning through with her mother’s passion for sewing, she could mend any garment. She often taught herself many different crafting trades from crochet to quilting. Pat was a long-time member of the Savannah Quilting Guild until her illness prevented her from attending. Pat was an avid reader who passed her love of books and storytelling to her grandchildren. She spent many a night reading her grandbabies nursery rhymes or chilling thrillers when she could get away with it. An animal lover to the bitter end, Pat spent every day with her loyal small dogs Kitty, Mandy or Missy, in her lap. Patricia Ann was a beautiful, funny, silly, quick witted character and her loss will leave a gaping hole in the lives of all who loved her. She was preceded in death by her mother Georgia Mae (Boyd) Hodge, her father Jessie Edwin Hodge, her sister Peggy Dian Wynn, her niece Elizabeth Ann Wynn, her nephew Henry Boyd Wynn and her beloved cousins Myrtice Elizabeth Parrish and Betty Hiers DeWitt. Patricia is survived by her husband of 69 years, Raymond Donald Terry, daughter Sandra Durden (Danny), son Donald Alan Terry (Lynda), her grandchildren Jason Paul (Glory Padgett), Amber Marie Buchanan (Brian), Michael Daniel Durden, Amanda Nicole Durden, Kristen Michelle Warmack (William), Raymond Miles Durden, and two great grandchildren Aria Page and Hazel Lynn Warmack. Heaven is richer today to have gained such an angel and we will count the days until we are all together again. “May the winds of Heaven blow softly and whisper in your ear how much we miss you and love you and wish that you were here.” Baker McCullough Funeral Home, Hubert C. Baker Chapel is assisting the family with a private graveside funeral service.

The family of Patricia Ann Terry created this Life Tributes page to make it easy to share your memories.

Patricia Ann Terry passed away peacefully at home, on Monday...

Send flowers to the Terry family.