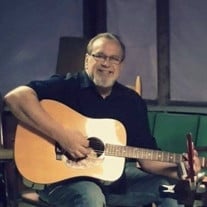 Master Sergeant Barry Kratzer, a proud Air Force Veteran, rejoined his loved ones in eternal rest on December 4, 2021, in Savannah, GA. The son of Elizabeth Gardener and Walter Kratzer born on October 12, 1954, in Allentown, Pennsylvania. Barry attended Louis E. Dieruff High School, before enlisting in the United States Airforce at 17 years old. He served the United States proudly for 36 years during peacetime and conflict. He was awarded the following decorations, medals, badges, and campaign ribbons: Air Force Commendation Medal, Air Force Achievement Medal with one oak leaf cluster, Meritorious Unit Award, AF Outstanding Unit Award with two oak leaf clusters, Air Reserve Forces Meritorious Service Medal with nine oak leaf clusters, Medal for Humane Action, National Defense Service Medal with one service star, Southwest Asia Service medal with one service star, Global War on Terrorism Service Medal, Hummanitarian Service Medal, AF Overseas Ribbon short, Airforce Expeditionary Service Ribbon with Gold Boarder with two oak leaf clusters, AF Longevity Service with seven oak leaf clusters, Armed Forces Reserve Medal with 1 ‘M’ Device with two hourglass devices, Small Arms Expert Markmanship Ribbon, AF Traimimh Ribbon… among many others. Barry was a proud veteran and often spoke of his time in the service with reverence and respect. After retiring from the service Barry continued to serve his country by mentoring other veterans, always willing to lend a listening ear at any time or any place. You could call him at 3:00am and he would answer and stay on the phone as long as you needed. Barry was a man of his word, a “tell it like it is type of man”. No matter the outcome or opinions of others he lived life on his terms. Barry was a talented Luthier, building beautiful mandolins and providing fellow musicians with acoustic instrument repairs. He was the owner of Bulldog Mandolins, where with help from his wife, Sabine, would build beautiful instruments that sounded just as amazing as they looked. There wasn’t a string instrument that Barry couldn’t play. He had a love of Bluegrass and could often be seen playing at venues around Savannah. There was little Barry loved more than, great music, great food, and great friends. Through his 67 years of life he accomplished many amazing things, but the accomplishment he was most proud of were his daughters, Amanda and Allison. His life revolved around his two girls, his two step sons Ronny and René, grandsons Phillip and Jonathan, and the apple of his eye, his granddaughter, Lena. He married the love of his life, Sabine, sixteen years ago on June 16,2005. Their love was the kind most people envied, it was the kind of love that could be felt by everyone. Together they shared a home full of laughter, where they entertained many visitors over the years. Their home was a place where friends became family, and everyone was welcomed. You could be certain that when you left your belly would be full from all the food and sore from laughter. Barry was a character in a family of characters, and a bright light to all who knew him. He will be sorely missed. Even though Barry’s song with us has ended, his melody will continue to linger on in the hearts of those he touched. In lieu of flowers the family ask that donations be made to The Tiny House Project at https://homelesssauthority.kindful.com/?campaign=1105084 Funeral Services will be held 2:00 p.m. Saturday, December 18, 2021 at the Baker McCullough Funeral Home Garden City Chapel, 2794 West US Highway 80, Garden City, GA 31408. The Celebration of Barry's Life will be held at the VFW 660 Post, 5115 Ogeechee Rd, Savannah, GA 31405 from 5:00 p.m. to 7 p.m. If someone like to bring a covered dish, it would be welcomed. Thank you. High Flight by John Gillespie Magee Oh! I have slipped the surly bonds of Earth And danced the skies on laughter-silvered wings; Sunward I’ve climbed, and joined the tumbling mirth Of sun-split clouds, – and done a hundred things You have not dreamed of – wheeled and soared and swung High in the sunlit silence. Hov’ring there, I’ve chased the shouting wind along, and flung My eager craft through footless halls of air… Up, up the long, delirious burning blue I’ve topped the wind-swept heights with easy grace Where never lark, or ever eagle flew – And, while with silent, lifting mind I’ve trod The high untrespassed sanctity of space, Put out my hand, and touched the face of God.

The family of Master Sergeant Barry W. Kratzer created this Life Tributes page to make it easy to share your memories.

Send flowers to the Kratzer family.