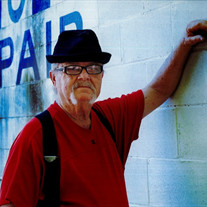 John H. “CRAZY JACK” Gilmore, age 88, of Savannah passed away Sunday, September 12, 2021 at home with family by his side after a long illness with dementia. Jack, a native of Savannah, GA was born on July 27, 1933, the son of the late Elizabeth and John Gilmore. He attended Riverside Military Academy in Gainesville, GA from 1948 – 1949 where he was a commissioned officer for Company I, played forward in basketball, was a back for the football team, and was Jr. Special Drill Platoon P.M. From 1950 – 1952 he served with the 2nd Platoon – E Company where he played football, was on the weightlifting team, and was the mid south boxing champ (124 weight class) for 3 consecutive years. In 1952 he joined the United States Army and served honorably during the Korean War. During his military tenure he was a recipient of the National Defense Service Medal, Korean Service Medal, United Nations Service Medal, and Good Conduct Medal. He was a traveling record salesman until he opened Crazy Jacks Records & Tapes (1972 – 1979) on Derenne Ave. which was the largest in the south. He also opened Crazy Jacks Shoe Repair which has been in business for 42 years. He tried to retire, but opened up one year later as The Original Crazy Jacks & Grandson Shoe Repair on E. Montgomery Crossroad. To continue in her father’s footsteps, his daughter will keep it opened. His other companies with his children and grandchildren included, Johnny Gilmore Pressure Washing, Travis Painter Pro Wash & Pressure Washing, Terri’s Downtown Bar & Grill, and Daufuskie Site Prep on Daufuskie Island, SC. He was a longtime member of the Fenian Society, The Old Man Softball Team, and the Cobra Club. He was a promoter for the Oglethorpe Speedway where he raced for many years in the Enduro Races and had a motorcycle race team that traveled everywhere. He also trained kids at Gordon Lott’s boxing tent. Survivors include his loving wife of 63 years, Sara Peacock Gilmore; son, Johnny Gilmore of Savannah, GA; daughter, Terri G. Painter (Darren) of Savannah, GA; grandchildren, Travis Painter of Savannah, GA, Brandon Painter of Seneca, SC, Katie Gier Waters of Acworth, GA, Daphanie Gilmore of Bloomingdale, GA; and great grandchildren, Kali Painter, Luke Waters, and Noah Waters. The family will be receiving friends from 3:00 – 5:00 p.m. with remarks and military honors at 5:00 p.m., Saturday, September 18, 2021 at Baker McCullough Funeral Home, Hubert C. Baker Chapel, 7415 Hodgson Memorial Drive, Savannah, GA 31406. In lieu of flowers, remembrances may be made to The Justice for Children Foundation, 1137 Mohawk Street, Savannah, GA 31419.

The family of John H. "CRAZY JACK" Gilmore created this Life Tributes page to make it easy to share your memories.

Send flowers to the Gilmore family.