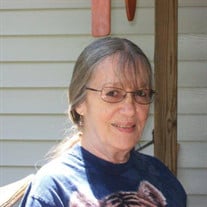 Jeannette “Jenny” Markesteyn (85) passed away in her home surrounded by loved ones, in Savannah on Thursday, April 22, 2021. Jenny was born to Benjamin “Levy” and Martha C. Jones on July 5, in Hagan, Georgia.  She was a lifelong member of Immanuel Baptist Church of Savannah.  She retired from Johnson Lane and later worked for Wachovia Securities. Jenny was an avid pool player for the VNEA pool league. She was so dedicated to her craft that even at 85 and not long after healing from a broken foot, Jenny “walked” away with the 2nd place trophy in the Savannah Dixie Classic.   Jenny was a long-time member of the Loyal Order of the Moose 1550, and  volunteered a significant amount of her time helping the ladies with The Plarn Matters Homeless Mat Project sponsored by MorningStar Arts.  Jenny spent many years running GiGi’s Kitchen at The German Country Club of Savannah. Those close to Jenny knew she had a very wry sense of humor. If you know her well you certainly enjoyed that characteristic about her and if you didn’t know her so well, you may have left offended!  As you would expect, Jenny had a lot of friends! Many of whom she accompanied to Dr. appointments, grocery excursions or just for a leisurely lunch somewhere. A recent and pleasant addition to Jenny’s circle of friends is Gaby Howat, her new next door neighbor. It is said that people come in and out of our lives for a reason, and Gaby coming into Jenny’s life at the time she did is a perfect example of that principle. She spoke highly and often of her friends, and after Jack passed, they became even more important to her. Jenny was preceded in death by her parents, her aunt Lorene McCallar , her first husband Jimmie Butler, and her second husband Jack Markesteyn. She is survived by; her cat “Squeaky”; her daughters Jacci B. Jackson (Andy) and Stacy Handy (Jim).  9 grandchildren knew her as “GiGi”: Jennifer Whalley (Chris), Jason Ennis (Carrie), Christopher Ennis (Helen), Jared Handy (Dhari), Amber Carroll (Aaron), Bryce Handy, Nina Handy (Chris), Ryan Jackson (Tabatha), Chelsie Kelley (Kyle).  Jenny had 20 great-grandchildren; Kannon, Alexis, Kairi, Carter, Hawkens, Ayden, Cash, Abel, Mary Ruth, Jacob, Hayes, CT, Charleigh, Memphis, Lillian, Piper, Lincoln, Addison, Kamden and 8 great-grand dogs. Memorial services will be held May 1st 2021 at 3:00PM at Baker McCullough Funeral Home Hubert C Baker Chapel.

The family of Jeannette "Jenny" Markesteyn created this Life Tributes page to make it easy to share your memories.

Jeannette “Jenny” Markesteyn (85) passed away in her home surrounded...

Send flowers to the Markesteyn family.