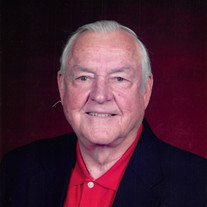 Jason (Junior) Delano Tuten 86 of Rincon, Ga The heavens opened its mighty gates for a beautiful, loving Father & Grandfather on December 19, 2021 at his home with his daughter and grandson by his side. Diagnosed with cancer on December 14th his death came quick, just the way he had wanted “short and sweet” he did not want to be a burden to anyone. Jason was the 10th of 13 children born to and preceded in death by his parents Percy H. & Alma Cleland Tuten along with his brothers, Ruth, James, Edward, Robbie, and Grover. Also, his sisters, Miriam Ussery, Myrtle Walker, Reba White and Dorothy McRae. Jason was also preceded in death by his two sons Joel and Bryan Tuten and the mother of his children Janice Wall Tuten. His second and third wife’s, Judy Diffenderfer Tuten and Frances Davis Tuten. Born in Greys, SC, Jason moved to Savannah at the age of 13. He was a graduate of Commercial High School and a master welder of the Boiler Maker Union. Retired from Arizona Chemical/IP after 47 years and the Georgia National Guard, 26 years. Jason was also a lifetime member (joined in 1954) of the First Volunteer Regiment of Georgia established 1751 Jason had a strong work ethic and instilled that on his children and grandchildren. A “jack of all trades”, if you needed it fix or made, he was your man. He could not be stopped, always working in the yard, repairing what was broken or making something useful. Jason transported stone across the southeast for MultiStone for several years up to the age of 85. He loved to travel and drove all over the United States with his 3rd wife Frances after they retired. The two covered almost all the 50 states including Hawaii and Alaska. Jason will always be remembered for his great sense of humor, never sugar coating his words and a smile on his face. Jason leaves behind a daughter Katie Tuten Remick and two grandchildren, Zachary Jason Remick and Jessica Tuten Daniel, her husband Armand and two great grandchildren, Lizzie and Turner Daniel. A brother Ronnie Tuten and two sisters, Doris Shaffer and Charline Ginn, along with many nieces, nephews, and step grandchildren Adam & Emily Silva and Mike Remick . Visitation December 28th 6-8 PM at Baker-McCullough Funeral Home, 2794 Hwy 80 West Graveside service December 30th 11 AM Hillcrest Abbey West, Dean Forrest Road Ecclesiastes 7: 1-2, A good name is better than a precious ointment, and the day of death better than the day of birth. It is better to go to a house of mourning than to go to a house of feasting, for death is the destiny of every man The living should take this to heart. Arrangements have been entrusted to Baker McCullough Funeral Home- Garden City Chapel.

Jason (Junior) Delano Tuten 86 of Rincon, Ga The heavens opened its mighty gates for a beautiful, loving Father & Grandfather on December 19, 2021 at his home with his daughter and grandson by his side. Diagnosed with cancer on December 14th... View Obituary & Service Information

The family of Jason "Jr." D. Tuten created this Life Tributes page to make it easy to share your memories.

Send flowers to the Tuten family.