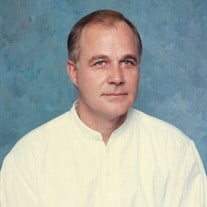 James Richard Brouillette (1947-2022) Midway, Georgia - James Richard Brouillette passed away on April 26th, surrounded by his loving wife and daughter at the age of 74 after a courageous battle with cancer. Jim was born in Banana River, Florida on July 1, 1947 to Joseph and Helene (Rancourt) Brouillette, where his Dad was stationed at the Naval Air Station. At the age of 6 months, the family returned to Saco, Maine, where he was raised in a close French-Canadian family with many cousins, aunts and uncles, whom he loved. His family moved to Tewksbury, MA when he was 13 and he graduated from Tewksbury Memorial High School in 1965. He was involved in Boy Scouts and Sea Scouts, becoming a summer camp counselor. Jim secured a job at St. John’s Hospital in Lowell, MA where he became interested in Inhalation Therapy and was awarded fellowship to Yale University where he attended until his enlistment in the U.S. Navy/Marine Corp. during the Viet Nam War where he served as a Corpsman, serving two tours; his bravery earned him several medals of honor including the Purple Heart, Bronze Star and Congressional Awards for valor. Following his military service, Jim furthered his education at the University of Illinois. Following graduation, he continued on his quest to serve the military. While stationed in Panama, he met his beautiful wife, Amarilis Sandoval, and they began their adventure of traveling the world, being stationed in Germany, Italy and Japan before heading back to the U.S. and settling in Midway, Georgia where he had been assigned to Fort Stewart as Director of Security. Amarilis was the love of his life, true soul mates, and he adored his step-daughter Christie Southern whom he helped to raise from a young age. Jim’s life was filled with love, courage and kindness to others. He was the epitome of the best and most loving husband, father, grandfather and brother. He is survived by his loving wife, Amarilis; daughter, Christie; grandsons, Ian, Taran, Tristan; sister, Linda Fletcher of Seabrook, New Hampshire; his niece, Jennifer Law; nephew, Brian Fletcher and their respective families who reside in New Hampshire along with several cousins whom he loved. A funeral service will be held at 11:30 a.m., Friday, May 13, 2022 at Baker McCullough Funeral Home, Hodgson Memorial Chapel, 7415 Hodgson Memorial Drive, Savannah, GA 31406. Burial with military honors will take place at 2:00 p.m., Friday, May 13, 2022 at Beaufort National Cemetery in Beaufort, SC.

The family of James Richard Brouillette created this Life Tributes page to make it easy to share your memories.

Send flowers to the Brouillette family.