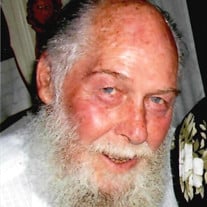 HORACE BUNKLEY KELLY, US Army Jan 28 1936 – Aug 4 2021. Horace loved our Lord God, family and country with all his heart, “if you knew him, you loved him”. His favorite Bible verses were John 13:33-34 which is how he lived his life. Kelly was preceded in death by his father, David H Kelly, mother, Nora Banks Kelly, brother, Henry C Kelly and sister, Wanda R (Kelly) Bodovsky. He is survived by his wife of 64 years, Barbara A (Fox/Buckner) Kelly, four children, Karen L Kelly Graham, Elizabeth A Kelly, Nora K (Kelly) Durham (Richard, Ret USAF), Clayton T Kelly (Michele), and his brother, Glen R Kelly. Papa had 7 grandchildren, 6 great grandchildren and 3 step great grandchildren along with many nieces and nephews across the US. Horace was born in Seymour TX during the “snowstorm of the century” in a little house across the field outside of town. He was an Eagle Boy Scout and joined the US Army before graduating high school and served for several years. He acquired his GED during his service time. He met Barbara while serving at Ft Bragg NC. They were joined in matrimony in Columbia SC on Jan 1 1957 and proceeded to move to Dallas TX where they started their family. In 1966 they moved to CA to work for Thurston Chemical Co for five years and then came back to SC. Kelly worked for Thompson Dental and Supply where he installed and serviced dental offices in SC and SE GA which changed to Patterson Dental and transferred him to Savannah GA. Horace (Kelly) and his family lived on Wilmington Island for around 20 years where he retired and moved to Avinger TX to be close to his brother HC. He designed and build his home on top of the hill where he could survey his property horizon to horizon. He loved sitting on his porch and drinking that cup of tea that was always in his hand. Dad was a man of many talents, he could fix anything he put his mind too. He loved everyone and would have given the last shirt off his back if you needed it. He learned to crochet at his mother’s knee which turned into a lifelong endeavor. He made blankets, hats and scarves, pot holders and kitchen towels, he made sweaters and shawls for any and everyone. A lot of the hats he made were given to Liberty Baptist Church, Jefferson TX which were donated to an orphanage in Mexico. He loved taking care of the grounds and ringing the bell for church on Sunday mornings. Mr Kelly as they called him loved taking Sissy and momma to Liberty where the parishioners loved all 3 of them. They and their home survived the Bear Creek fire thanks to the efforts of that loving community. After 20 years they unfortunately had to leave because of health issues for all of them and moved back to Eden where they took up residence with son and family. He loved to fish, he taught all of us how and even made his own shrimp casting net. He was an avid gardener with the green thumb of all time. He passed away at Memorial Hospital under the great care of his doctor and nursing staff who were working under extreme conditions because of COVID-19. He was loved and will be greatly missed! A Celebration of Life gathering will be held Sunday, December 19, 2021 at the Baker McCullough Funeral Home Garden City Chapel from 2:00 p.m. - 4:00 p.m.. Please sign our online guestbook at www.bakermccullough.com Services have been entrusted to Baker McCullough Funeral Home Garden City Chapel, 2794 West US Highway 80 Garden City, GA 31408. (912) 964-2862. www.bakermccullough.com

The family of Horace Bunkly Kelly created this Life Tributes page to make it easy to share your memories.

Send flowers to the Kelly family.