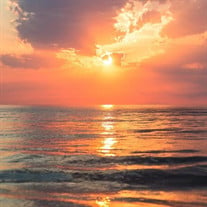 Dr. Gregory Knox Whitaker passed away suddenly on October 27, 2020 at the age of 68, while at his residence. Greg was born in Wheeling, West Virginia on February 7, 1952. He graduated from the University of South Carolina with a degree in biology in 1974. He completed his degree in medicine at the Medical University of South Carolina in 1978 and a residency in Obstetrics and Gynecology at Madigan Army Medical Center in Washington in 1982. He was subsequently stationed at Fort Bragg, NC and served 4 years as an Army physician at Womack Army Medical Center, attaining the rank of Major. In 1986, Greg made his final move to Savannah, GA and practiced his specialty for over 30 years, spending many of those years at Candler Hospital. He was beloved by his patients, devoting much of his life to women’s health, and delivered thousands of babies. During his prime, he was known for his extensive fund of knowledge and sense of humor, his favorite joke being the pun. Later in life and before his decline in health, he became a Catholic. Dr. Whitaker is predeceased by his parents, James and Sally Whitaker. He is survived by his sister, Cynthia Whitaker, and his children: Robert, James, Ryan, Rebekah, Claire, Jackson, and Sarah, as well as many grandchildren. Special thanks to his many former colleagues, especially Dr. Dan Biggerstaff, Dr. Spencer Wheeler, and Dr. Barry Schlafstein. Additional special acknowledgement to his daughter, Rebekah Mclaughlin, who was always there for him during his final years after he suffered a major stroke. “It is those we live with and love and should know who elude us.” -Norman Maclean The family plans on holding a memorial service at a later date. In lieu of flowers, remembrances may be made to St. Joseph's/Candler Foundations, Heart & Lung Building, 5356 Reynolds Street, Suite 400, Savannah, GA 31405.

Dr. Gregory Knox Whitaker passed away suddenly on October 27, 2020 at the age of 68, while at his residence. Greg was born in Wheeling, West Virginia on February 7, 1952. He graduated from the University of South Carolina with a degree in... View Obituary & Service Information

The family of Dr. Gregory Knox Whitaker created this Life Tributes page to make it easy to share your memories.

Send flowers to the Whitaker family.