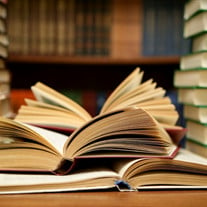 Gary Lowell Parker, of Savannah, GA, age 79, died on Wednesday, May 25, 2022 after a sudden illness with his family by his side. He was born to John (Jack) Lowell Parker and Helen Elizabeth Bowman Parker on July 27, 1942. Gary was reared in a home with loving parents who demonstrated strong values of their Christian faith. He was baptized as a young child at First Presbyterian Church in Savannah, Georgia and was an active member of the youth group. As an adult, he accompanied his family to church services in the same tradition. Gary was quite the student from an early age. He excelled in academics and taught himself to play the guitar and to draw and sketch with intricate detail. As he grew older, his interests led to writing, reading, music, art, and scouting. At age 16, he achieved the highest award in scouting, Eagle Scout (Troop 12). He graduated from Herschel V. Jenkins High School in Savannah in 1960 and afterwards served his country in the 117th Air National Guard Reserve. Gary graduated from the School of Journalism at The University of Georgia before pursuing his Master’s degree at Iowa State University. He continued his education at Boston University while taking night classes at Harvard. During those years, he mastered seven languages, including the most difficult, Russian. Gary was a voracious reader and a lifetime learner. He was a man who surrounded himself with a personal library of hundreds of books in every genre. He placed tremendous value in learning, not for accolades or recognition but for his own personal growth. His home was a blend of those interests that brought joy, peace, and wisdom to his mind, body and soul— his source of happiness. Gary was a man of integrity, charity, kindness, and wit. Early in his career, Gary owned and operated a bookstore named The Book Exchange. He was employed later by Chatham County, where he worked in the Chatham County Court System, the Chatham County Public Libraries, and the Chatham County Sherriff’s Office. He retired from Chatham County in 2012. He was devoted to his family and especially enjoyed spending time with his nieces and nephews who affectionately called him UNC. He is survived by his loving mother, Helen Elizabeth Bowman Parker, his younger sister, Ronda Kay Parker Johnson and brother-in-law Robert Harold (Bobby) Johnson, Jr., his nephew, Kevin Lowell Johnson, his niece Kristi Elizabeth Johnson Johnson, and husband Dana Wade Johnson, his grandnephew, Wade Parker Johnson, grandniece, Lucy Elizabeth Johnson, and several cousins and friends. He was predeceased by his father, John (Jack) Lowell Parker, his maternal grandparents, Mr. and Mrs. James Bowman (Catherine), and his paternal grandparents, Mr. and Mrs. Lowell Parker (Mary Lou). Baker McCullough Funeral Home, Hubert C. Baker Chapel is assisting the family with a private funeral service. Memorials, if desired, would be appreciated for FeedTheHungry.org, or the Live Oak Public Libraries, 2002 Bull Street, Savannah, GA 31401, or The First Presbyterian Church of Savannah, 520 Washington Avenue, Savannah, GA 31405.

Gary Lowell Parker, of Savannah, GA, age 79, died on Wednesday, May 25, 2022 after a sudden illness with his family by his side. He was born to John (Jack) Lowell Parker and Helen Elizabeth Bowman Parker on July 27, 1942. Gary was reared... View Obituary & Service Information

The family of Gary Lowell Parker created this Life Tributes page to make it easy to share your memories.

Send flowers to the Parker family.