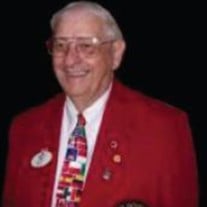 Donald Wayne Pope of Wilmington Island, Georgia, passed away on the 8th of February 2021. After a long and courageous battle with major, debilitating illness. His battle ended while a patient at Candler Hospital in Savannah at age 82. Don was born in Shawmut, Alabama on November 17, 1938 to parents John Tom Pope and Effie Dempsey Pope. He was raised in this small, traditional, tight knit community where everyone knew everyone else. Where all of the parents looked out for all of the children, and where it was always safe for the children to play outside. He attended the Shawmut School and graduated from Valley High School. Following graduation, Don wanted to spread his wings and left his small town and moved to Savannah in 1961. While settling in and working to advance his new life, he met the love of his life; Tina in 1965, and the two were married in 1966. Those 54 years were the happiest of their lives. He spent many years with Haverty’s Furniture Company in sales and management and retired in 2007. He was a natural salesman; friendly, outgoing, with the gift of gab which made him many, many friends on top of his seemingly inexhaustible supply of cousins. He enjoyed genealogy and traced his family line back to England. Don and Tina traveled a lot and everywhere they went, he found a cousin or two. He would say that he never met a stranger, and that philosophy earned him literally hundreds of friends throughout the world that he met and befriended through his association with the Shawmut, Alabama Baptist Church, the Wilmington Island Methodist Church, the Thunderbolt Mason’s Lodge 693, the Wilmington Island Lions Club and Lions Clubs International. He was a lion for 21 years, having joined on September 1st, 1999. He served as President of his club 10 times, in various positions in the district, as Vice District Governor in 2008 and District Governor in 2009. He was an avid photographer and had his camera always. Many of his pictures were flattering but others, not so much. But they always brought laughter. He was sometimes referred to as “Popeparazzi”. He discovered that his Vice District Governor; Jesse Powell had the same birthday. Henceforth, they celebrated their birthday together and referred to each other as “my brother from another mother”. Don also served as President of the Past District Governors Association. Among his very prestigious awards are The Irvin Crumbly, and the Melvin Jones Foundation Awards, and in 2011 he was inducted into the District Lions Hall of Fame. He was preceded in death by his parents and a son; David Anthony Pope and is survived by his wife of 54 years Tina Pope, his niece Cindy Collins Weston, nephew Neil Collins, brother-in-law James Randall Collins, his cousin who was more like a sister, Sherry Dempsey Schmidt, cousins too numerous to list and many, many dear friends. His presence will be sorely missed by many. A graveside service will be held Friday, February 12, at Forest Lawn Memory Gardens at 11am with Pastor Doug Walker officiating. A Celebration of Life will be held at a later date.

Donald Wayne Pope of Wilmington Island, Georgia, passed away on the 8th of February 2021. After a long and courageous battle with major, debilitating illness. His battle ended while a patient at Candler Hospital in Savannah at age 82. Don was... View Obituary & Service Information

The family of Donald Wayne Pope created this Life Tributes page to make it easy to share your memories.

Send flowers to the Pope family.