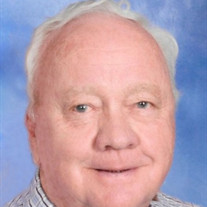 Donald Eugene McLendon, Sr. age 91 of Savannah, died Friday June 3, 2022, at Memorial Medical Center. Born in Savannah on July 3rd, 1930, to Cecil and Margaret McLendon in a house on Greene Square that still stands, Don eventually moved to Tybee Island upon his retirement. Don was a proud graduate of Benedictine Military School in Savannah, and The University of Georgia, Armstrong Campus. Immediately after graduation, Don began his 37-year career as a chemist at Continental Can Company. Afterwards, retirement gave him more time for his passions: golf, fishing, traveling, RVing, fine wines, and socializing. Don was a loyal and enthusiastic follower of the Georgia Bulldogs football team, and an active member of The Georgia Bulldog Motorcoach Club. In their RV, Don and Marie spent many wonderful football seasons attending the games and traveling with their friends. Don was an avid golfer and served as President of the La Vida Country Club for many years. He also had the opportunity to play the course at the Augusta National Golf Club, a personal highlight for him. He also obtained his private pilot’s license and enjoyed travelling around the southeast with his sons. Having been raised in a family of fishing buffs, Don became a skilled angler. There was always a fishing boat in the back yard. He also loved camping vacations and taught his kids to camp and appreciate the outdoors. Don enjoyed weekly lunches with the ROMEOs: Retired Old Men Eating Out. He loved to tell jokes and was a highly creative and entertaining storyteller. Don is survived by his wife of 45 years, Mary Rose (Marie) McLendon; his sons Donald Eugene McLendon, Jr. and Michael Lawrence McLendon (Elaine); daughters Terri McLendon Jackson-Brock (Joe Brock), Kathy Ann Privateer (Mike Taylor) and Mary Bernadette McLendon (Bill Waters); stepdaughter Nuala O’Kane; nine grandchildren and many great- grandchildren. Don was preceded in death by his young stepdaughter Siobhan O’Kane Vest. A devoted husband, father, grandfather, great grandfather and friend, Don was a true Southern gentleman – kind, loving, and most honorable. A funeral mass will be held Saturday, June 11, 2022 at 11:00 a.m. at St. Michael's Catholic Church. The service may also be viewed online at https://www.saintmichaelstybee.org/#live. Donations may be made in Donald’s memory to St. Michael’s Catholic Church, Tybee Island. https://giving.parishsoft.com/app/giving/stmichaeltybee

The family of Donald Eugene McLendon, Sr. created this Life Tributes page to make it easy to share your memories.

Send flowers to the McLendon family.