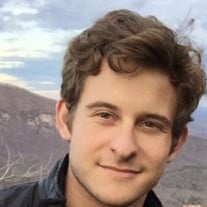 Derek Joseph Hines, age 31, of Savannah, passed away on Friday, February 18, 2022. He was born on May 17, 1990, in Mauston Wisconsin. Son of Kimberly and Roland Seldal and Darrell and Cathy Hines. “Never quit.” It was the mantra that drove Derek Hines to accomplish anything he set his mind to. He was a Sergeant in the Marines with many accomplishments. Most notably, Derek was the first one in seven years to complete the Pararescue indoctrination course in the US Air Force as an SSGT. But most of all, he was an incredibly devoted brother, son, and selfless friend to those closest to him. He really, never quit. Derek went above and beyond what anyone expected of him in every sense. With “FORCE” etched into his worn-out weight bell, he knew that to be truly great at something you need to give it everything within you, and then some. He was a goofball. Charismatic and collected. He lived with brave perseverance, inspired his peers, and understood people, without judgment. A genuine character who never took himself too seriously, Derek Hines left us too soon. And while his absence echoes like the same force he lived with, he leaves love and a reminder to live fiercely in his wake. Derek is survived by his mother, Kim Seldal and stepfather, Roland Seldal of Savannah, GA; father, Darrell Hines and stepmother, Cathy Hines of Mauston, WI; siblings, Autumn Hines and Lindsay Seldal of Savannah, GA, and Gabriel, Lucy, and Elliott Hines of Mauston, WI; grandmother, Alice Bauer of Bloomer, WI; step grandfather, Gerald Brouillard of Zion, IL; Numerous aunts, uncles, and cousins; best friend, Khris Hammock of Savannah, GA. Derek is preceded in death by his grandparents Al Bauer of Bloomer, WI, Doris and Dick Hines of Ellsworth, WI; Step grandparents Donna and Oliver Seldal of Montello, WI, and Elaine Brouillard of Zion, IL. Services will be held at Baker McCullough located at 7415 Hodgson Memorial Drive, Savannah. Showing will start at 5:00pm and the service will start at 6:30pm on Friday, February 25, 2022. The burial will be held Sunday, February 27, 2022 at Greenwich Cemetery at 2:00pm in Savannah, GA.

The family of Derek Joseph Hines created this Life Tributes page to make it easy to share your memories.

Derek Joseph Hines, age 31, of Savannah, passed away on Friday,...

Send flowers to the Hines family.