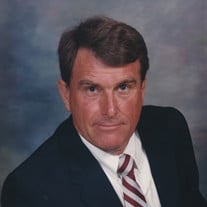 Clinton “Delma” Cowart, 80, of Savannah, died Wednesday, November 10, 2021 at his residence under the care of Hospice and his loving family. Mr. Cowart, a native of Savannah was born on July 6, 1941, the son of the late Dovie and Clinton Persian “Red” Cowart. He attended Isle of Hope Baptist Church, was a graduate of Savannah High School and attended Alabama Christian College. Mr. Cowart was self-employed and over the years worked in the business of chemicals, pool construction and small structure construction as the owner of Structures Unlimited. Mr. Cowart “Delma” was known by many people and it was often said of him “he never met a stranger”. Offering a helping hand quickly to folks in need was a trait. He was a very talented self-taught musician, playing multiple instruments, and shared his musical talent with many people through the years. Mr. Cowart spent several years in the racing circuits of Nascar and ARCA. He was a member of the Air National Guard. One of his greatest passions was being a Shriner and using his time and talent to serve others through this capacity and role. Mr. Cowart was a dedicated, long time member of Thunderbolt Lodge #693 F.&A.M., the York Rite Bodies, the Scottish Rite Consistory – Valley of Savannah, and Alee Shrine where he was a two time Past President of the Dune Cat Unit. In addition to his parents, Mr. Cowart was preceded in death by his son, Daniel Cuyler Cowart. Surviving are his wife, Kim Mercer Cowart of Savannah, daughter Denise Cowart (Irvin) Rahn, daughter Andrea Cowart (Nick) Freeman, son Clinton Cowart; grandchildren Hunter, Casey, Nicholas, Victoria and Alexander; one sister, Mary Ann (Hilton) Googe, two brothers, Gary (Valerie) Cowart and Robert (Joyce) Cowart. Visitation will be held from 3:00 – 6:00 p.m., Sunday, November 14, 2021 at Isle of Hope Baptist Church, 22 Rose Avenue, Savannah, GA. Funeral services will be held at 11:00 a.m., Monday, November 15, 2021 at Isle of Hope Baptist Church. Burial will follow at Hillcrest Abbey Memorial Park with Masonic Rites. Active pallbearers will be members of the Alee Shrine Dune Cat Unit and honoraries will be his “Partners in Life”. In lieu of flowers, remembrances can be made to Isle of Hope Baptist Church, c/o Hope Kids, 22 Rose Avenue, Savannah, GA 31406 or to the Alee Shrine Transportation Fund, P.O. Box 14147, Savannah, GA 31416. The service can be viewed live on the Isle of Hope Baptist Church Facebook page.

The family of Clinton "Delma" Cowart created this Life Tributes page to make it easy to share your memories.

Send flowers to the Cowart family.