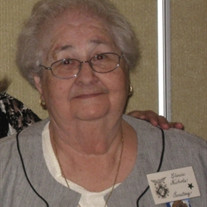 Clarice Hood Nichols, 90, passed away peacefully Saturday morning, October 9th, 2021. Mrs Nichols was born to Wylie and Berdie Ross Hood in Huntingdon, TN. She was raised in Huntingdon/Cedar Grove, TN. She was a graduate of Huntingdon High, Home of the Mustangs. She then attended college in Nashville, TN. While advancing her education she met and married Nick Nichols in 1951 of Savannah, GA. In addition to her years in Savannah, she also called Aiken, SC home for over 25 years. She was very active in numerous local Boards, community charities as well as The Daughter of Penelope, the Philoptochos, and her adopted Greek Orthodox Faith. She never met a stranger. She lived by the principles that were instilled in her as a child, which in turn she passed on to her children. She was tender and tough as nails when she needed to be. She was the product of “the Great Generation”. She never complained or felt sorry for herself. She dealt with life as it came to her. She loved to cook and her world evolved around and with her family. She always put others before herself, especially her husband, children, family and many friends. She will be remembered for her gratitude, love of family, simple pleasures, inner strength and common sense. Mrs. Nichols is survived by her children, Cathy Berry, Nick and (Gini) Nichols, loving sister Marylin Dixon (Leonard), grandchildren, Ben and (Jason) Berry, James and (Ashley) Berry, Sam Nichols, Brittney and Niko Nichols, great grandchildren, Stewart, Brandon, and William Berry, numerous nieces, nephews, and extended family. She is predeceased by her husband Nick, daughter Joan and son-in-law Benjamin. A Funeral Service will be held at 11:00 a.m., Friday, October 15, 2021 at St. Paul’s Greek Orthodox Church with burial following at Greenwich Cemetery. Memorial Contributions can be made to St. Paul’s Greek Orthodox Church Building Fund at 14 West Anderson Street, Savannah, GA 31401.

The family of Clarice Hood Nichols created this Life Tributes page to make it easy to share your memories.

Send flowers to the Nichols family.