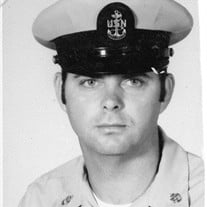 Chief Petty Officer Stanley Edward Cobb, U.S. Navy (Ret), age 82, of Savannah, GA and formerly of Pensacola, FL passed away Friday, April 15, 2022 at home. Mr. Cobb was born on November 27, 1939 in Savannah, the son of the late Winfred Stanley and Audie Mae Cobb. He was a graduate of Commercial High School and later completed his formal education in 1983 at Troy State University with a BS degree in Management and courses towards a Masters Degree in Business. He was a veteran of the United States Navy, serving honorably for 20 years. While serving with the Navy, he traveled to numerous countries and was stationed overseas and many stateside locations. He was an aircraft engineer and flew C130 aircraft. Following his military tenure, he received his Airframes and Power Plants license and became an instructor. He served in civil service where he retired after 20 years in aircraft logistics, budgeting and planning. Following his second retirement he pursued other careers including real estate. He was a longtime member of Warrington Church of Christ in Pensacola and attended First Free Will Baptist Church in Savannah. Mr. Cobb enjoyed riding motorcycles, computers, mechanics, and carpentry. He was an intelligent and talented man with a great sense of humor. He was a man of character and integrity that willingly sacrificed for his family if needed and helped so many people without fanfare or expecting anything in return. He had bright blue eyes, a mischievous grin and a zest for life. Mr. Cobb was preceded in death by his wife of 43 years, Margaret “Betty” Elizabeth Cobb and his sister, Dorothy A. Rushing. He is survived by his wife of 17 years, Margaret L. Cobb; daughters, Teena M. Cobb (Robert Jackson), Lisa N. Cobb (Gary Sargent), Carla R. Ford (Brian), and Charlotte Thompson (Trey Thompson); stepchildren, Michelle Price (Courtenay Espy) and Aubrey W. Price, Jr. (Denise); brother, Ronald P. Cobb; grandchildren, Christopher Jackson, Richard Jackson, Kelsey Lee, Stephanie Stewart, Thomas Thrower, Brenden Thrower, Morgan Thrower, Keely Ford, Zachary Ford, Damien Costa, Nathan Costa, England Thompson, Rowan Thompson, Walker Price III, Gibson Price, Marley Price, and Tucker Price; great grandchildren, Emery Jackson, Halle Jackson, and Vera Jackson; and numerous nieces and nephews. He was a loving and devoted husband and father. A funeral service will be held at 3:00 p.m., Saturday, April 23, 2022 at Baker McCullough Funeral Home, Hodgson Memorial Chapel. The family will be receiving friends from 2:00 p.m. until the time of the service. A private burial will take place at Barrancas National Cemetery in Pensacola, FL. In lieu of flowers, pay it forward with an act of kindness or consider a donation to your charity of choice.