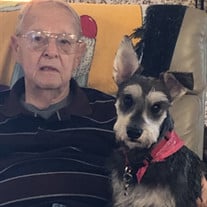 B.G. “Bubba” Tedder, 87 of Savannah passed away peacefully December 22, 2020 with Liz by his side. “Bubba” was born in Savannah on April 22, 1933, the son of the late Burris and Audrey Tedder. He was a 1952 graduate of Savannah High School and continued his formal education at Georgia Tech and ultimately graduated from Armstrong College with a degree in engineering. He was a veteran of The Korean War. He was active duty with the Army Corps of Engineers and the United States Marine Corps. He was the owner of the Savannah Insulation and Roofing Company, retiring in 1992. “Bubba” attended the Cathedral Basilica of St. John the Baptist. He was a member of the St. Patrick’s Day Parade Committee, was a 25 year member of the Marine Corps League Detachment 564 and was Commandant of the League from 2004 – 2005, was a delegate on behalf of the Marine Corps League for the Chatham County Veteran’s Council, was Past Master of Acacia Lodge #452, F.&A.M., a member of the Scottish Rite Consistory – Valley of Savannah and was a life member of the Scottish Rite Children’s Home, a life member of the Alee Shrine Temple where he was the 1980 Captain of the Alee Patrol, and was a member of the Savannah Yacht Club. “Bubba” is survived by a daughter, Dawn Gorko (Ray); two grandchildren, Lindsay and Harrison Gorko; his love, Liz; and best buddy, Rudy. Friends will be received at 10:00 a.m. until the time of the service at 11:00 a.m., Monday, December 28, 2020 at Baker McCullough Funeral Home, Hubert C. Baker Chapel, 7415 Hodgson Memorial Drive, Savannah, GA 31406. Burial will follow the funeral service at Hillcrest Abbey Memorial Park. In lieu of flowers, remembrances may be made to the “Friends of the Cathedral Music Foundation” established in honor of Ms. Patty Schreck. A special thank you to all those at St. Joseph’s Hospital, seventh floor nursing staff, his special nurses Kerri, Madison, Jennifer and Caroline.

The family of B.G. "Bubba" Tedder created this Life Tributes page to make it easy to share your memories.

Send flowers to the Tedder family.