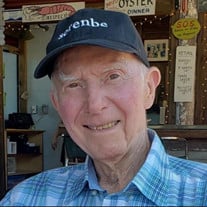 Tony was born September 14, 1938 in Nottinghamshire, England and died peacefully of sudden illness at home with his wife, Lucy, and family beside him on June 27, 2021. He was the son of John and Winnifred Wickstead of England and brother to Judith Fitzherbert-Wright and her husband Hugh whom he survived. He is survived by his sister and brother-in-law, Jaquelyn and Bryan Woollatt, of Cullompton, England, his daughter and son-in-law Jennifer and Nathanial Hayward and their daughter Ava and granddog, Loretta, son and daughter-in-law, Frank and Lauren Wickstead and their sons, George and Grayson. Tony immigrated to the US by way of Washington state at the age of 27 after graduating from London University with a degree in Aeronautical Engineering. After living in various places around Europe and the US, he eventually found his way to Savannah, Georgia where he made, after meeting his future wife, Lucy, at Johnny Harris and marrying her 3 months later, his home. He retired after a long career as an aeronautical engineer from Gulfstream Aerospace in 2002. He spent his well deserved retirement traveling, golfing, and on his sailboat Phase III (when not underneath it cleaning barnacles). In his youth, he climbed mountains, rode motorcycles, and played rugby and soccer. As a man he was brilliant, humble, fiercely self sufficient, and constantly entertained and amazed by the characters he’d managed to surround himself with. A special thank you to nurses Nakia and Dawn. Thank you to Dr. Steven Corse, his wonderful staff and to Dr. Masroor for compassionately treating Tony and guiding us through a most difficult time. He will be sorely missed by his family, friends, and anyone that had the pleasure of knowing him. The family will receive from Thursday July 1, 2021 from 4-5pm with a memorial service to be held at 5pm in the chapel of Baker McCullough Funeral Home Hubert C. Baker Chapel 7415 Hodgson Memorial Drive Savannah, GA 31406

Tony was born September 14, 1938 in Nottinghamshire, England and died peacefully of sudden illness at home with his wife, Lucy, and family beside him on June 27, 2021. He was the son of John and Winnifred Wickstead of England and brother to... View Obituary & Service Information

The family of Anthony John Wickstead created this Life Tributes page to make it easy to share your memories.

Send flowers to the Wickstead family.